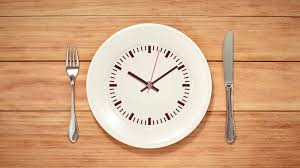 There are many human and animal trials showing dramatic improvements gained from intermittent fasting to assist in the progression and management of diabetes.

Researchers in the University of Southern California began by testing whether periodic fasting could cure diabetes in mice. They used mutant mice that lack the fat hormone leptin to regulate their food intake. These mice constantly overeat and become obese and diabetic in early adulthood. The researchers found that after just a few months of periodic fasting (alternating seven unrestricted eating days with four restricted days) the diabetes was cured. What was incredible was the reason why. The mice lost weight during the fasting period which helped but the reason the diabetes was cured was that the fasting phase made the pancreas start producing insulin again. The days of restricted eating gave the pancreas a break that allowed it to remove and recycle many of its cells. This meant that when the mice started eating again new pancreatic cells were available to produce insulin again.

A recent human study at Tel Aviv University, in Israel has measured the effect of short term fasting on markers of blood sugar control in a small number of people with type 2 diabetes. The research was published in Diabetes Care journal. In this experiment for two days patients skipped breakfast and couldn’t eat until 1:30 pm. Researchers found that after only 2 days those patients skipping breakfast had a significantly lowered insulin level suggesting that if followed for a longer period of time skipping breakfast may help reduce or slow down the development of insulin resistance.

Intermittent fasting can be performed as either “periodic fasting” such as in the popular 5:2 diet involving five days per week of eating normally and the other 2 days being calorie restricted (<500/day for women and <600/day for men) or “time restricted feeding” where you eat for only a few hours of the day such as between 10 am and 6 pm. My advice for people wishing to trial these programs is to maximise their nutrients per calorie with good protein powders with added fermented super-foods providing the body with easily absorb-able nutrition for energy, protein for muscle tissue and have the added benefit of supplying probiotics for the gut.

If you have diabetes it is important to discuss this type of calorie restriction and food program with your medical practitioner to decide whether this would be suitable for your individual circumstances and also to discuss if this would require any changes especially to insulin requirements or other medication. Whilst on these programs if you have diabetes it is important to monitor your blood sugar levels. Some people report feeling light headed or “spacey”. In order to gently allow your body to get used to going for periods of lower calories I suggest slowly extending the restricted eating time where each fasting day you extend the time, ie initially skipping breakfast, then morning tea, then lunch etc. This should be done under medical supervision and if you have any health concerns of other health conditions should be discussed with your medical practitioner before commencing this type of program.