The Methylation Train! This is one train you don’t want to stop!

There are a number of processes in the body that, when compromised, broken, or otherwise dysfunctional can manifest as fatigue, worry, insomnia, low mood, poor concentration and attention, agitation, a trip to your psychiatrist, and a stop off at the pharmacy.

What if you could manage this particular problem without a psychiatrist?  When I consider symptoms of psychiatric illness, I think gut, hormones, mitochondria, and methylation.  These arenas are so intimately inter-connected, that it rarely makes sense to look at one without the other, and it never makes sense (to me, anymore) to think about invented neurochemical imbalances before addressing these bedrock issues. 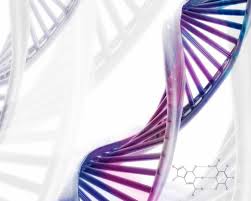 When you eat folate, or B9, in foods like spinach, or you take a multivitamin or eat flour “enriched” with the much-lauded folic acid, your body has to convert that into a usable form.  This process requires an enzyme called MTHFR (5,10-methylenetetrahydrofolate reductase) to convert folic acid and food folate into 5-methylenetetrahydrofolate.  Here’s what this form of folate does:

Donates a methyl group to homocysteine to ultimately make SAMe – the brain’s major methyl donor which is responsible for the formation of phospholipids, glutathione, myelin, coenzyme q10, carnitine, and creatine.  Vital stuff.

Methyl-folate is pretty busy. It doesn’t work alone; however. Vitamins B2, B6, and B12 as well as cofactors like magnesium all help support the functioning of this pivotal cycle in the body.

Maybe She’s Born With It

MTHFR is just one example of a gene for which we can test for decently studied variants at a local lab. There are two common variants to this gene wherein replacements of single nucleotides results in lesser functioning.  These variants are inherited.

C677T – one bad copy means your enzyme is functioning at 70% and two means you’re down to 30%.  This mutation has been associated with cardiovascular and psychiatric pathology and its impact is often assessed through screening of homocysteine.

A1298C – this variant has been less well studied but is estimated to confer 70% functioning when both copies are mutated.  This mutation has been implicated in the production of neurotransmitters (because of its involvement in making biopterin, and important cofactor), and breakdown of ammonia.

Predicated on associations of low folate to depression incidence and treatment resistance, this review discusses the evidence-based association between MTHFR C677T and depression, schizophrenia, and bipolar, but only included one study on 1298.

Estimates of prevalence for these variants range by ethnicity from 2-20%, but in my practice, over 5 years of testing for this gene, only 3 patients have been mutation-free.

Given the prevalence of thyroid dysfunction in women, it is worth noting that active thyroid hormone is needed to support MTHFR function, so women with hypothyroidism may bring an additional handicap to this process.  Thyroxine regulates conversion of riboflavin, a necessary co-factor for the FAD, an MTHFR-stabilizing enzyme.

Brain access to activated folate may be dramatically improved by non-synthetic forms as demonstrated in this case report of reversal of paraplegia with folinic acid. Even cow dairy can cause increase in folate receptor antibodies which functionally interfere with cerebral access to folate.

There are also a number of medications that interfere with folate metabolism including metformin, oral contraceptives, and lamotrigine.  Antacids can alter the stomach conditions needed for B12, a vital cofactor for the one-carbon cycle.

In this way, we begin to paint a picture in which available nutrients, genetic variants, and interfering factors may all result in different symptom states.

Through the wonder of epigenetics, we have recovered power over our genes and learned ways to influence more optimal expression.  Methyl-folate (or 5MTHF) is a form of this critical B vitamin that can be taken, over the counter, in an effort to bypass any gene mutations. Different forms of activated B12 (hydroxy, methyl, and adenosylcobalamin) are typically essential players in treatment with methylfolate, as well. There have been at least 5 studies (3 randomized, controlled trials) looking at using methylfolate as a treatment for depression, either by itself or in addition to medication.  Most of these trials employed high doses (up to 50mg) of methylfolate and had partial to notable response rates.

Need to Know For Pregnancy 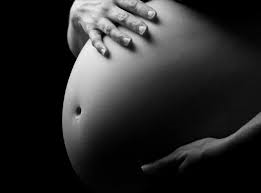 When I first started testing for this variant (now available at commercial labs like Quest and typically covered by insurance), I noted that obstetricians in the city would also test patients, but only after 3 miscarriages.  Methylation problems such as those caused by this variant and other related variants can cause neural tube defects, increased risk for trisomy, heart defects, and now expanding to schizophrenia and autism.  In many ways, thoughtful and conservative supplementation with methylation support is in the best interest of mom’s mood and baby, and is top of my list for perinatal interventions, supported by papers such as this.

One study looked at folic acid supplementation in the women with the C677 mutation and found that there was a decreased incidence of postpartum depression by 21 months after birth.  An interesting study in pregnant patients found an increased incidence of depressed mood in the second trimester in women with the C677TT variant, and that both their and their infant’s serotonin transporters were methylated or expressed in ways that could conceivably affect behaviour.

Folic Acid is Not Methylfolate

Synthetic folic acid does not exist in the human body.  It is found in vitamins, and thanks to the FDA’s wisdom, in enriched flour-based foods (yet another reason to shun flour!).  Multiple enzymatic steps are necessary to convert folic acid into its active form beginning with dihydrofolate reductase in the gut.  Individuals with gene variants, but specifically homozygous C677 should avoid folic acid because of the concern for limited breakdown and subsequent accumulation of this man-made agent.  One study has implicated folic acid in suppression of important immune factors called natural killer cells. Folic acid binds more readily to receptors in the placenta and mammary epithelium, and may competitively inhibit or interfere with the function of usable, active folate. Currently, commercial testing of blood folate does not distinguish between metabolized and un-metabolised forms. There is also concern that folic acid supplementation can mask B12 deficiency by resolving the typical blood markers while methylfolate is not as likely to do this (although concurrent B12 supplementation is recommended).

Dr. Ben Lynch of MTHFR.net, a tireless researcher on all things related to nutrigenomics, goes as far as to claim that folic acid should not be taken by any pregnant or nursing woman. He suggests that use of folic acid may be disturbing the forces of natural selection:

“Since women are now supplementing with increased levels of folic acid, they are more likely to carry to term and have improved methylation; however, once the infant is out of the enriched folic acid womb, it is on its own unless the parents supplement the infant with additional folate, b12 and other methylation support nutrients such as choline, b2 and b6.”

Why there have never been folic acid vs methylfolate studies in pregnancy and in depression in the general population is unclear.

What’s a Girl to Do?

Then, depending on your degree of compromise, you’ll want to look for a for a supplement that says L-methylfolate in the ingredients, with the word Quatrefolic or Metafolin.  Starting with B12 in the form of methylcobalamin, and then introducing small doses of methylfolate and cofactors such as B2, B3, B6, trimethylglycine, and vitamin C is advocated for by Dr. Ben Lynch.  He discusses different products here and points out how unnecessarily riddled with toxic additives the prescription forms are.

He also discusses that, if you do have an adverse reaction to methylfolate (agitation, increased anxiety, headache), you can take nicotinic acid or niacinamide in 50mg dosages every 30 minutes until you experience relief.  B3 requires SAMe for its metabolism, and can thereby contribute to a drop in methylation.  It is also a cofactor for COMT, an enzyme that breaks down norepinephrine, epinephrine, and oestrogen, all potentially elevated in states of anxiety.

It hopefully goes without saying that oxidative stress from environmental pollutants; food allergens, poor sleep, and limited relaxation all increase the demand to the corrective efforts of methylation.  A clean diet, home, body, and mind are a part of this package.  There is rarely a one pill solution, pharmaceutical or nutriceutical.

This is an area of explosive research, evolving all the time, but an excellent example of the power to use environmental exposures, diet, and supplementation to reclaim control over your health.

Agave, not so natural!